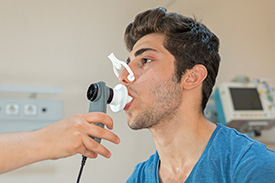 A Sudoscan is a fast, painless, non-invasive test that quantifies your level of possible nerve degeneration or peripheral neuropathy.

The Sudoscan Can Help Identify the Cause of

ABI, also called Ankle-Brachial Index test, is a test which compares the blood pressure in your ankles to the blood pressures in your arms. It is a safe and painless test that helps your physician determine if your legs are getting the proper amount of blood supply and predicting the severity of peripheral arterial disease (PAD). Patients with history of cardiovascular conditions, diabetes, smoking, obesity, and pain or loss of feeling in the arms, legs, or feet may benefit from an ABI.

Hydrogen Breath Testing is Used in the Diagnosis of Three Conditions 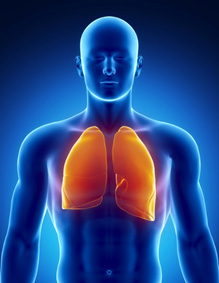 Pulmonary function tests (PFTs) are non-invasive tests that show how well the lungs are working. The test measures lung volume, capacity, rates of flow, and gas exchange. This information can help your healthcare provider diagnose and decide the treatment of certain lung disorders.